Blast from the past – Tork game

Almost a decade ago, when we were based in Melbourne, we created an online Flash game called “Tork”.

I was stumbling around the internet yesterday and came across more people talking about it, which is fairly pleasing for something that we made in the Neolithic period (at least as far as Internet time is measured…)

The genesis of Tork came from everyone at Nectarine sitting down in the autumn sunshine and throwing around ideas about what would meet the GameOn innovation criteria.

Some of the cast of Tork

One theme stood out: trying to capture the feeling of travelling to a foreign land, where your cultural and language references are thrown out the door. This became our benchmark and source of new ideas.

We shared travel stories, like learning enough to ask where the toilet was, and getting back an incomprehensible barrage of chatter, which only made sense when you realised the loo was down the green corridor, fourth door on the right, up the stairs to the sixth floor, and take the second left. Or being horrified at some ritual, before slowly understanding that it all made sense in cultural context.

Now we had our concept; learn a language and a social structure. From that goal came the name of our game, “Tork”, a strange little world inhabited by the Torkians.

Anyway, the game’s online here if you want to have a play! 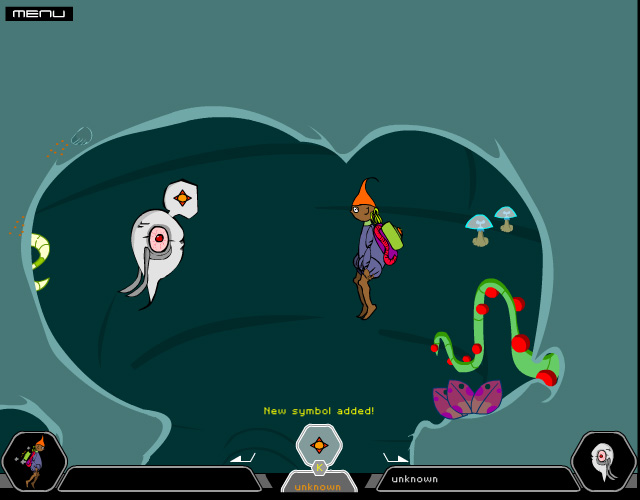