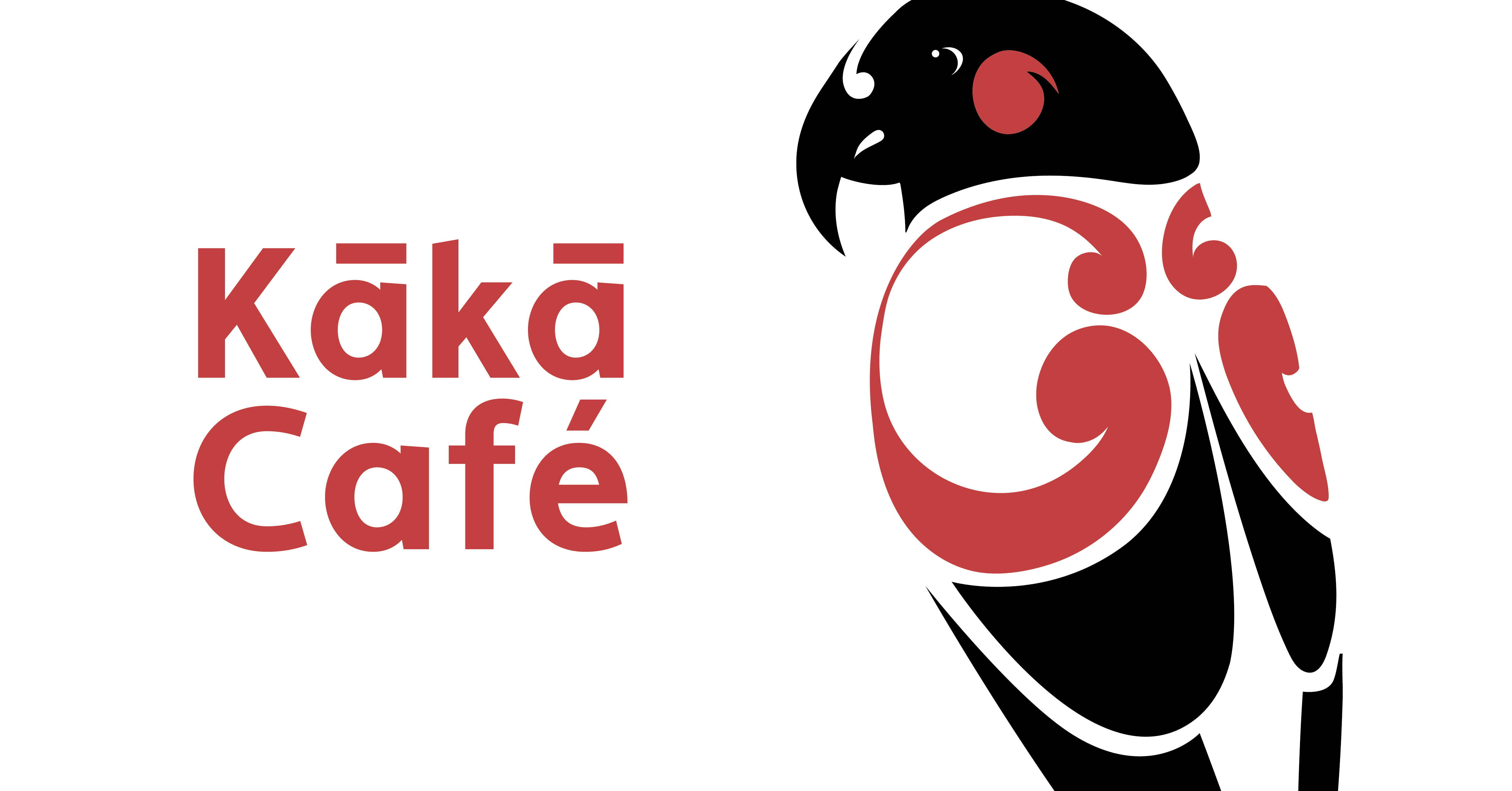 Branding Kākā Café served as a way to showcase its major role in the day to day running of Pūkaha.

It is important to distinguish that Kākā Café is a separate part of Pūkaha, and that visitors are able to call in to the café without needing to enter the wildlife center grounds.

The Kākā Café logo is also a cheeky nod to the kākās that populate the bush nearby, and often come to investigate customers food.

Similarly styled to the kōkako of the Pūkaha logo and the additional Pūkaha characters, the Kākā Café logo is graphic, bold and striking.

A range of collateral has been created for Kākā Café featuring the three versions of the logo.

Making use of the different coloured versions of the logo gives Kākā Café a complete look of its own with personal signage, social media and uniforms. 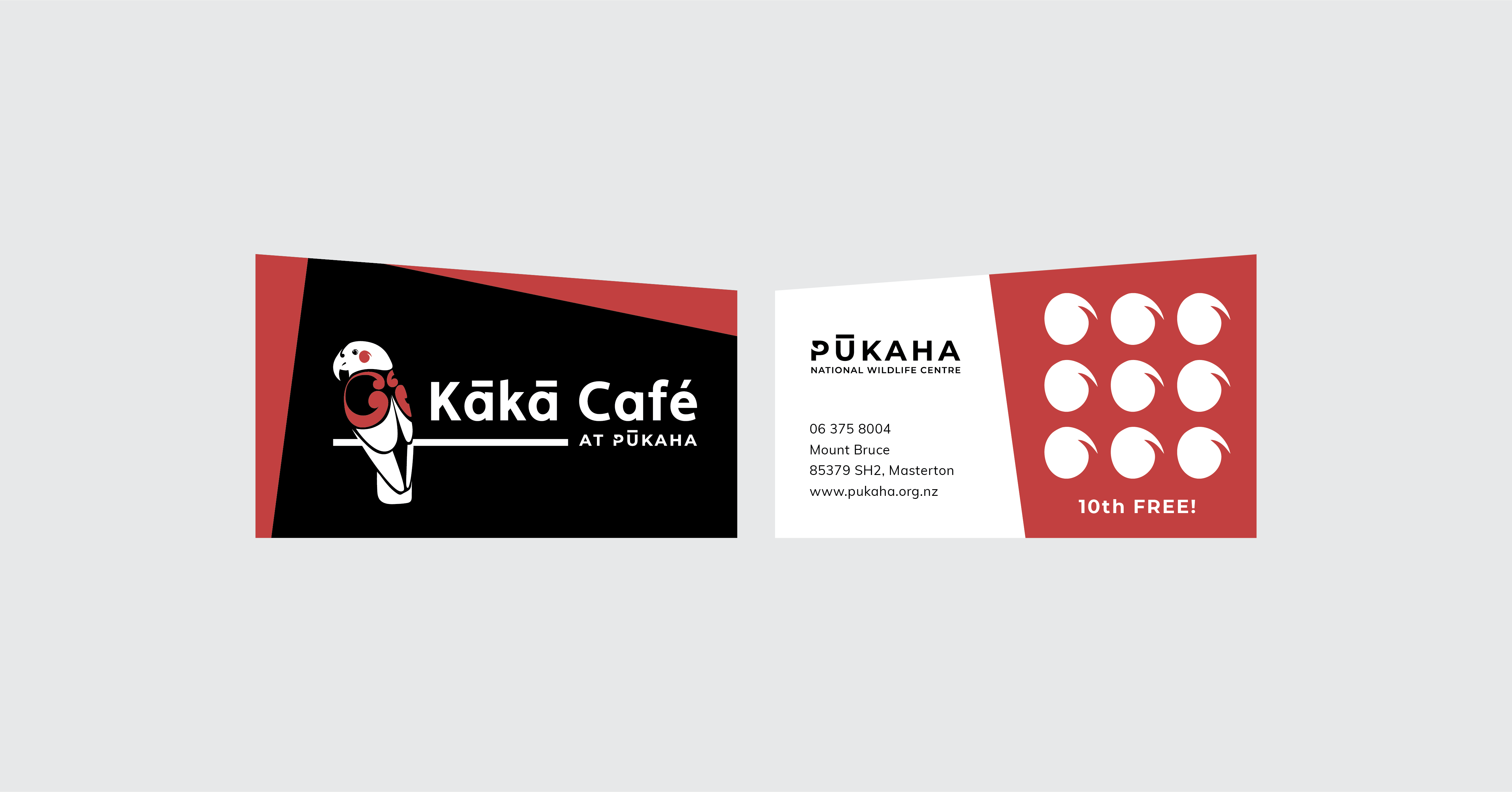 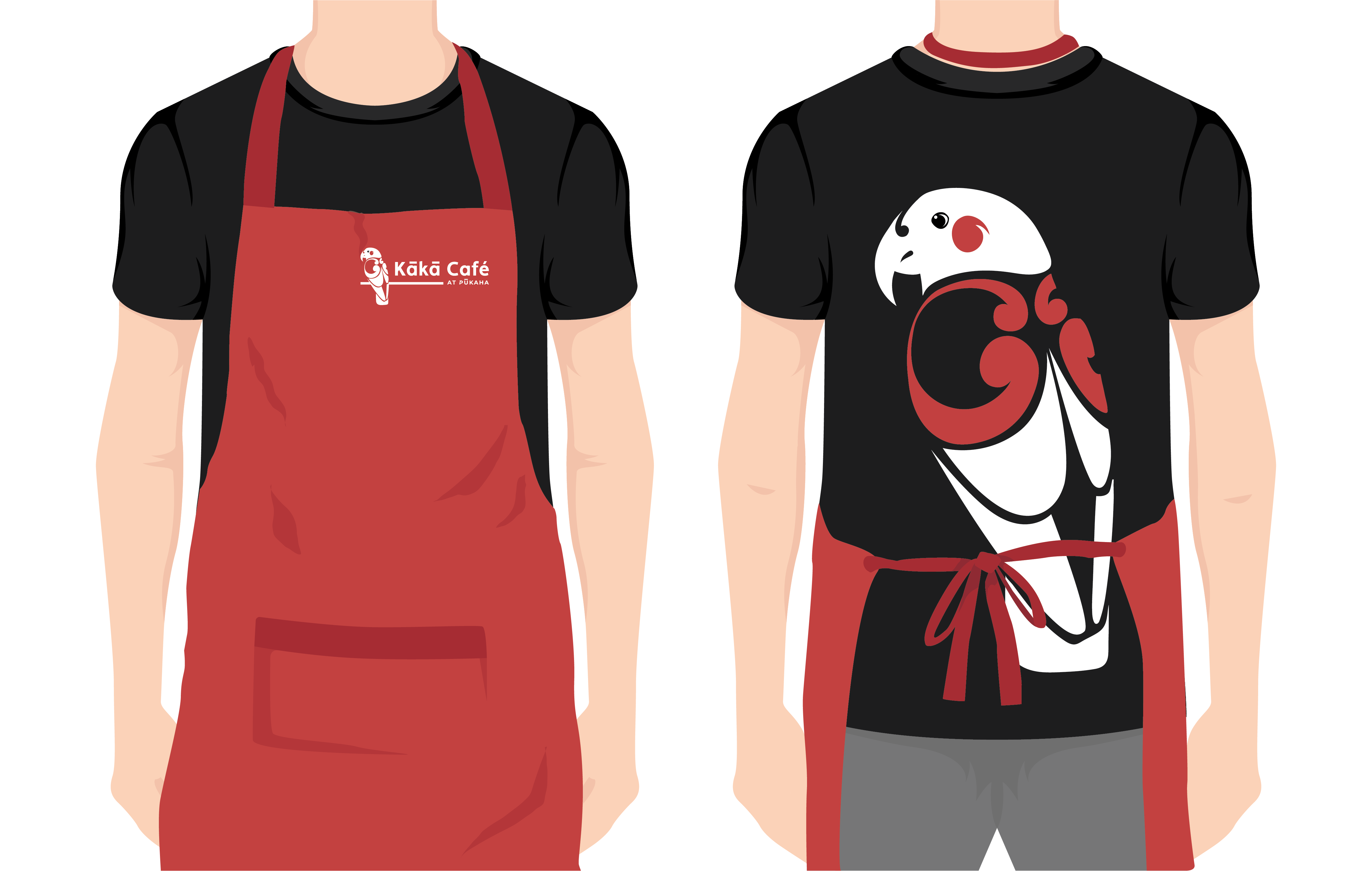